Plastic Pollution in the Ocean

Here, another of our Year 11 girls talks about a topical and emotive subject for her Spoken Language presentation.

Today I would like to talk to you about an important issue that many of you are aware of, but might not realise the extent of the damage and how it will affect us. Do you use reusable coffee cups, bags and bottles? Do you remember to say “no straw” when ordering a drink or even take your own reusable cup? If you said yes, then good for you, you are part of the solution. Do you use unbiodegradable glitter nail varnish or products? Wears synthetic clothing items such as sports clothes or fleece vests? You could be part of the solution, and part of the problem simultaneously. We all know that plastic waste is a problem. It is a particular problem for the ocean. Currently, approximately 18 billion pounds of plastic waste enters the ocean every year!

Ocean plastic can be categorized into 3 sections:

Marine Debris– This includes everything from construction materials to beer coolers, generally talking about the bigger pieces that are easily seen and can be picked up. Part of this is debris from marine sources such as fishing gear.

Microplastics-These are the tiny pieces that plastic breaks into overtime—not disintegrating, but simply fragmenting and breaking up, making it even more accessible to marine life through ingestion. Microplastics are found in every part of our global ocean. An example of this is glitter.

Microfibers– These are the very tiny fibres from your fleece, athletic, or other synthetic clothing that shed every time you wash them in a machine. They are everywhere in the ocean as well as in lakes, rivers, streams, and even your drinking water.

So, you may ask, what does plastic pollution actually do? The effect of some plastics is not fully understood – for example, the degree to which the microfibres themselves or the toxins they carry cause harm to humans and other animals. Others we know all too well.

Plastics poison and injure marine life such as shellfish, corals, sea mammals and tropical fish – they often eat microplastics and fibres as they filter for their real food. Whales, fish, and other animals get entangled in derelict fishing gear and other debris and die a slow painful death from asphyxiation, also known as suffocating, or starvation. When animals like sea birds and corals take in plastics, it leaves no room for their real food and as they are unable to break down the plastics in their digestive tract, they cannot survive.

Plastic is capable of absorbing and then carrying all types of harmful toxins such as flame-retardants, which are chemicals that stop fires spreading, and pesticide,s used commonly in agriculture (DDT). Microplastics, once ingested into the body of a marine animal, can accumulate in fat cells which damages tissue and organ function. They can also be absorbed into the brain of a fish, altering their behaviour, and microplastics can make the fish more susceptible to bacteria and viruses. Now you’re probably wondering: how does this affect you?

These properties of plastic, especially microplastics, have huge consequences, also, for human health as we consume fish and shellfish. A case study in 2014 by 2 Belgian researchers, who were looking at the number of microplastics in some shellfish, concluded that the average European seafood consumer could be eating 11,000 pieces of microplastic every year. And that’s just in shellfish!

Plastics that litter beaches and landscapes greatly affects tourism. If you wanted to visit a beach, you wouldn’t pick a beach covered in rubbish. Plastic pollution also affects the community’s health not only for the reasons above, but because plastic waste collects water, allowing disease-bearing mosquitoes to breed, and poorly managed debris can clog the flow into the sea from rivers and streams, causing flooding to low lying seaside homes.

So why are we using single-use plastics? Why do they represent between a third and a half of all global plastics production, which reached about 335 million metric tons in 2016? Unfortunately, some single-use plastics have to stay that way for medical use – but who’s to say you couldn’t substitute it with a more biodegradable alternative such as corn starch? Other single-use plastics, though, that can’t be recycled such as sanitary products, wet wipes, food packaging, clingfilm we should have a more sustainable alternative and try to reduce our use of them to a minimum.

The scale of use is overwhelming. We buy about 1 million plastic bottles every minute of every day! Where sanitation is a problem, bottled water is a health necessity and delivery in plastic is cheaper. But for daily use, it’s the more expensive choice, has a huge climate footprint, and is a big part of the plastic waste problem. Only 1% of the 4 trillion plastic bags used annually are recycled. In the U.S, half a billion plastic straws are used daily – that’s almost two for every man woman and child that live there!

So where is all this plastic coming from, besides littering? More than two billion people live without any waste collection. China, Indonesia, Vietnam, Thailand and the Philippines were identified in a 2015 Ocean Conservancy report as the top five plastic-polluting nations in the world. The amount of mismanaged waste was close to 75% or more of the total waste generated. A resolution for the matter at hand is a slow process because of the nature of governance in those countries and the ways in which waste disposal is managed.

Landfills are a major contributor to plastic pollution in the ocean.  Landfills can leak harmful pollutants into the water and plastics on top of a landfill can be carried away by the wind and rainwater. Out of the 50 largest uncontrolled dumpsites around the world, 38 of these are on the coast and they spill directly into the sea. Thanks to the sea-level rise due to climate change and storms, coastal landfills are eroding everywhere creating challenges for waste managers even in places where waste management has been reasonably well-addressed. The United States is one of the world’s top five waste-generating developed countries.

Plastic waste entering the ocean from the land is expected to increase tenfold within 7 years. Can you imagine how much plastic that would be if today we are at 18 billion pounds of plastic a year?!

Perhaps the most famous example of the scale of the plastic problem in the ocean is the ever-expanding “Great Pacific Garbage Patch,” a gyre in the Pacific Ocean where currents and winds have created a movement of plastic waste into a defined area. The Patch is a mixture of marine debris, microplastics, and ocean life including microscopic crabs hitching a ride—and now covers an area three times the size of France! And it is just one of the five ocean gyres where plastic has collected.

But as famous as the Patch is, the sad truth is that plastic waste—at every scale—is found throughout the global ocean, in bays and estuaries, in the deepest crevasses, and the coastal marshes, mangrove forests, and seagrass meadows. It is everywhere.

So what are we doing about it? The boom system created by a young Dutchman Boyan Slat is already helping to remove the plastic in the sea and operations such as 4Ocean are tackling the plastic bit by bit with operative teams collecting plastic from the sea and the coastlines.

So, how can you personally contribute to resolving this issue? You can start by breaking bad habits and initiating a new, more sustainable way of life. Firstly, avoid single-use plastic in your daily routine and encourage others to do the same. Use bamboo toothbrushes and razors, reusable shopping bags, reusable water bottles, eco shampoo and conditioner, sustainably farmed cotton products. Secondly, spread awareness. Through social media, through conversation, make people aware of how bad the crisis has become. If you can, join a clean-up in your community or clean up by yourself occasionally – why not encourage your family to take part in a 5-minute beach clean on holiday? Support ocean-friendly legislations, donate to clean ocean organisations such as 4Ocean, and sign important petitions regarding the matter.

Finally, I would like to finish with a quote by Dr Jane Goodall, an English primatologist and anthropologist: “You cannot go through a single day without having an impact on the world around you. What you do makes a difference and you have to decide what kind of difference you want to make”. Knowing the intelligent minds of the women in this room, I hope you revaluate some lifestyle choices and consider doing more to save our oceans, and our planet. 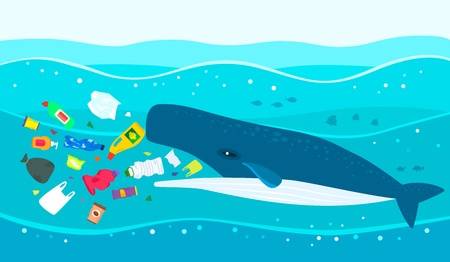 At this time, we are unable to invite prospective families to our school site, but we would still love to meet you and show you our school and all it has to offer.

We warmly invite you to virtually experience our school and ‘e-meet’ our Head, Miss Joanne Croft, with a virtual meeting at a time to suit you.