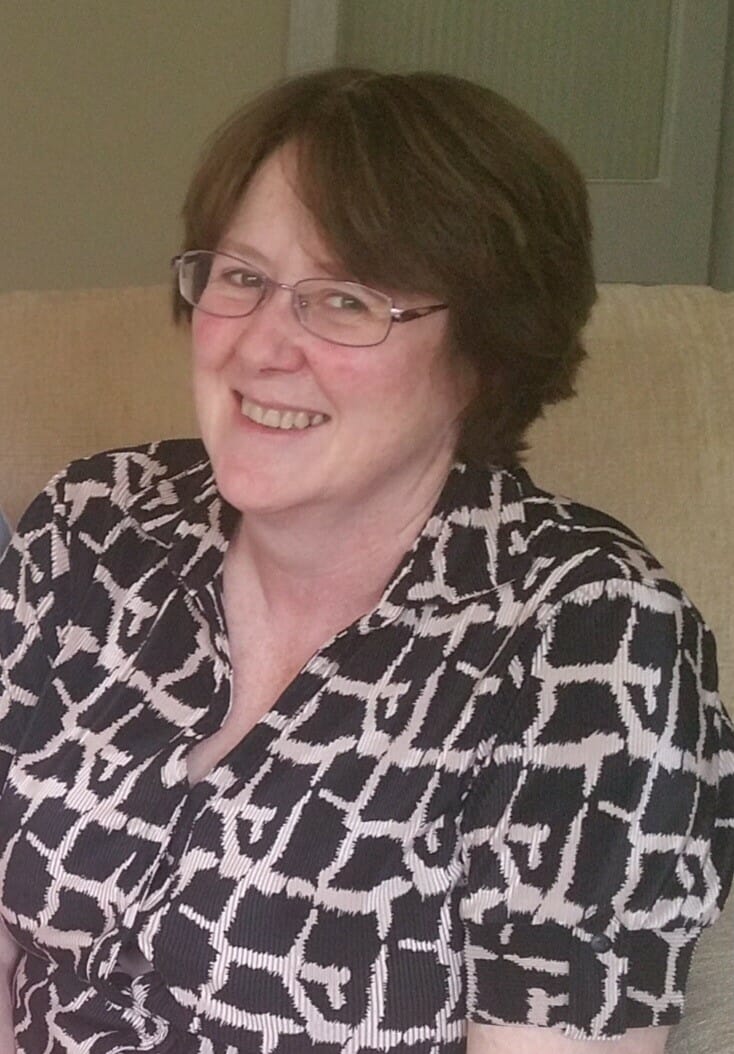 During a 30 year career with the Thames Valley Probation Services, Mrs Mcgregor managed a number of teams including the Oxfordshire Community Service Team and the East Oxford Offender Management Team.  She finished her career as Diversity Manager for the Thames Valley, working on providing better services for staff, victims and offenders. Both her daughters were scholars at Rye and went on to the study sciences at the universities of Cambridge and Durham.  Both are now doctoral candidates. Mrs Mcgregor became a Governor 6 years ago and took on the role of Chair in September 2019.

Tim became a Governor at Rye in 1999 , following a spell as Chairman of the Parents’ Committee. His three daughters were all educated at Rye and his association with the school dates back over thirty years.

Tim was a partner in a solicitors’ practice in Thame for thirty four years, having retired in 2006. His interests now include gardening, walking, fly fishing and travelling.

He is involved in two or three local charities in Thame, where he has lived with his wife Anne since they were married in 1972.

When invited to join the Board of Governors, Tim says he had no hesitation in accepting. He hoped that his experience working in the legal profession would be helpful and considered it to be a way in which he could repay the school for the education and life skills which they had provided for his three daughters.

Tim comments “It has been a privilege to have served Rye as a Governor for more than twenty years.” 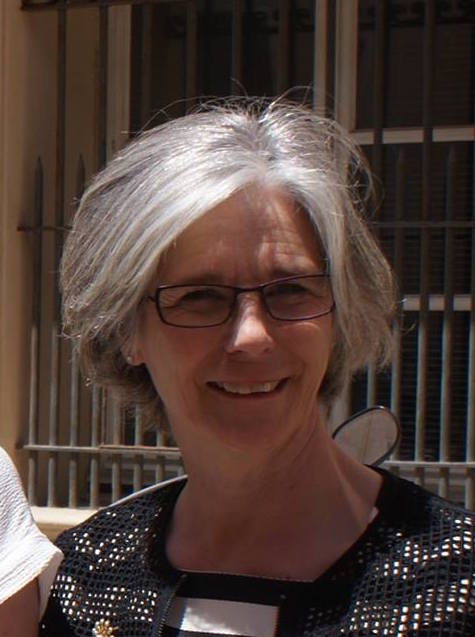 Carla has lived on, and been a partner in, an Oxfordshire arable farming business for nearly forty years. Rectory Farm is well known locally for its delicious PYO strawberries often eaten at Rye Sports Day. Off the farm Carla has worked as a Mediator for the Equalities and Human Rights Commission and more recently as a Lay Partner in the Regulation of Healthcare Professionals.

She was invited to become a Governor at Rye following a long absence of involvement in the school. Her three daughters attended Rye between 1997- 2010 and during that period Carla was Chair of the Rye Parents’ Committee for a number of years.

Having recently retired she now has the time to put her energies into being a Governor, a role she had previously held at a local Primary School. Carla has always believed in the Rye ethos of treating every girl as an individual and encouraging the development of her strengths

When not working, Carla can be found in her garden or on the water either sailing or helping to run racing. She is currently Chair of Selectors for the GBR Sailing Team for Tokyo 2020 and, although it might sound glamorous, it more often than not means getting cold and wet on the water, watching sailing in all weathers. 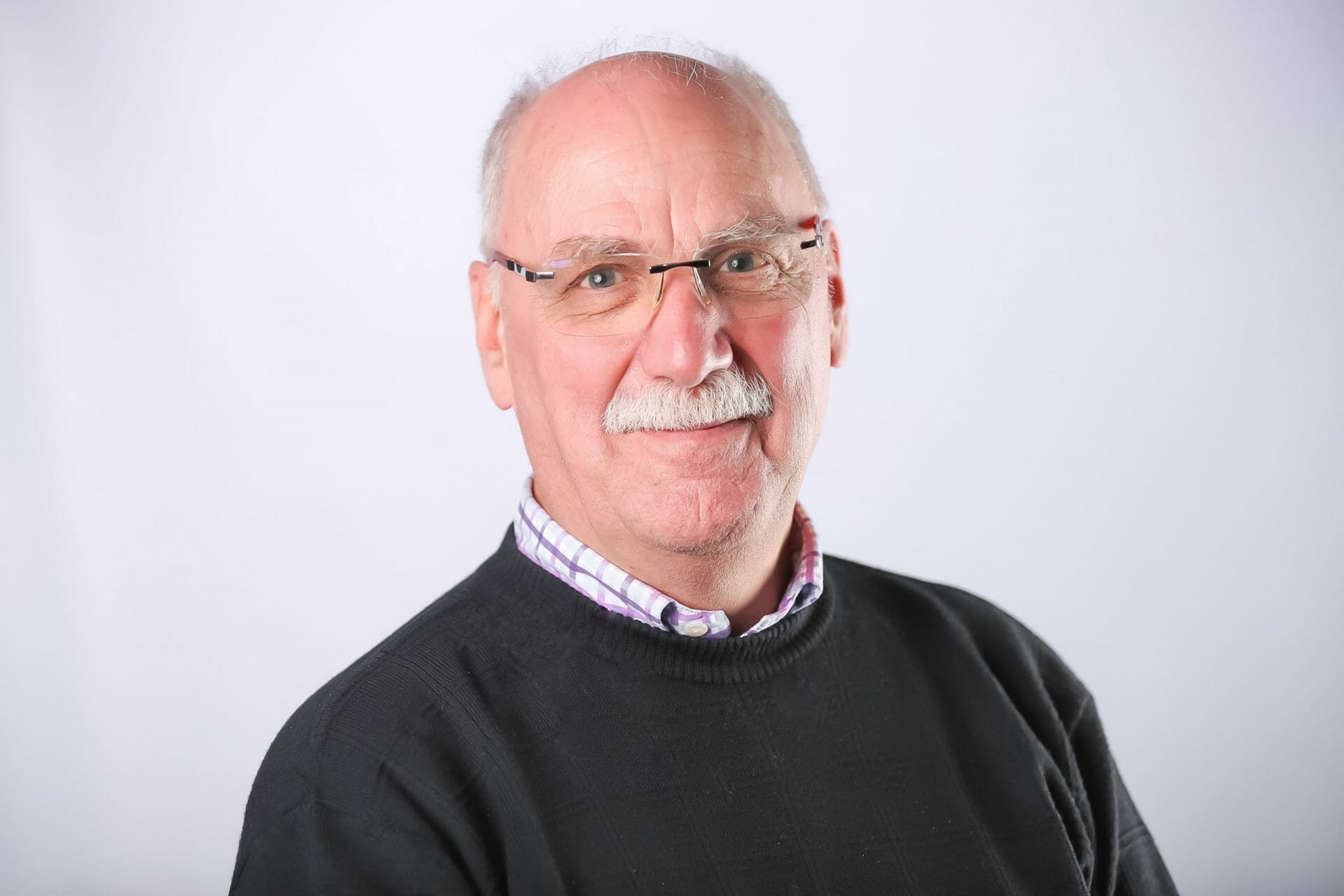 After graduating from Surrey University, Ray joined the Savoy Hotel Ltd as Assistant Group Accountant and subsequently qualified as a Chartered Accountant in 1979. After two years as a partner in a national firm, he set up his own practice in 1985 and continues to run the practice in partnership with his wife Cathy.

Cathy and Ray moved to Middle Barton in 1981 and Ray was co-opted as a Governor of Middle Barton school to assist with the financial aspects of the Local Management of Schools initiative; he served there for seven years.

Ray’s daughter started at Rye in 1992 and he soon become involved with the Duke of Edinburgh Award. After some sixteen years of involvement with the scheme and many trips to places such as Exmoor, Aran and Skye, he stood down and was promptly invited to be a Governor by Alison Jones in 2013.

Ray is proud of his association with the school, which played a large part in his daughter achieving four A-levels in science and mathematics before going on to graduate from St Andrews University with a Masters degree in Psychology.

When not working he tries to play golf and occasionally fishes, and he and Cathy enjoy travelling. 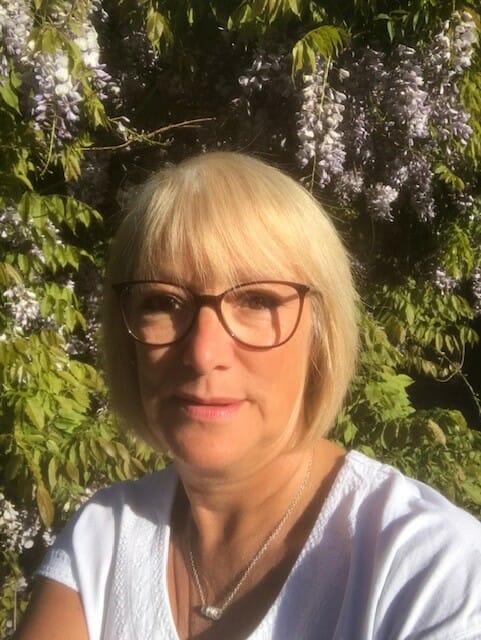 A nurse by profession, Sue worked as a Senior Resuscitation Officer within the Oxford University Hospitals NHS Trust for many years before leaving to take up a role within the Resuscitation Council UK (RCUK). Sue is now one of the Directors responsible for (amongst other things)  guidelines, standards, and courses for resuscitation practice within the UK. Outside of work, Sue enjoys time with the family, walking, and knitting for her baby grandson.
Sue’s two daughters attended Rye, both starting at the same time, one in year 4 and one in year 7. Both thrived and enjoyed their years in school and have gone on to have successful lives and careers. Whilst they were in school Sue was a member of the Parents’ Committee and as a family, they all enjoyed the Rye community, especially the events and occasions when they could meet with other families and staff. 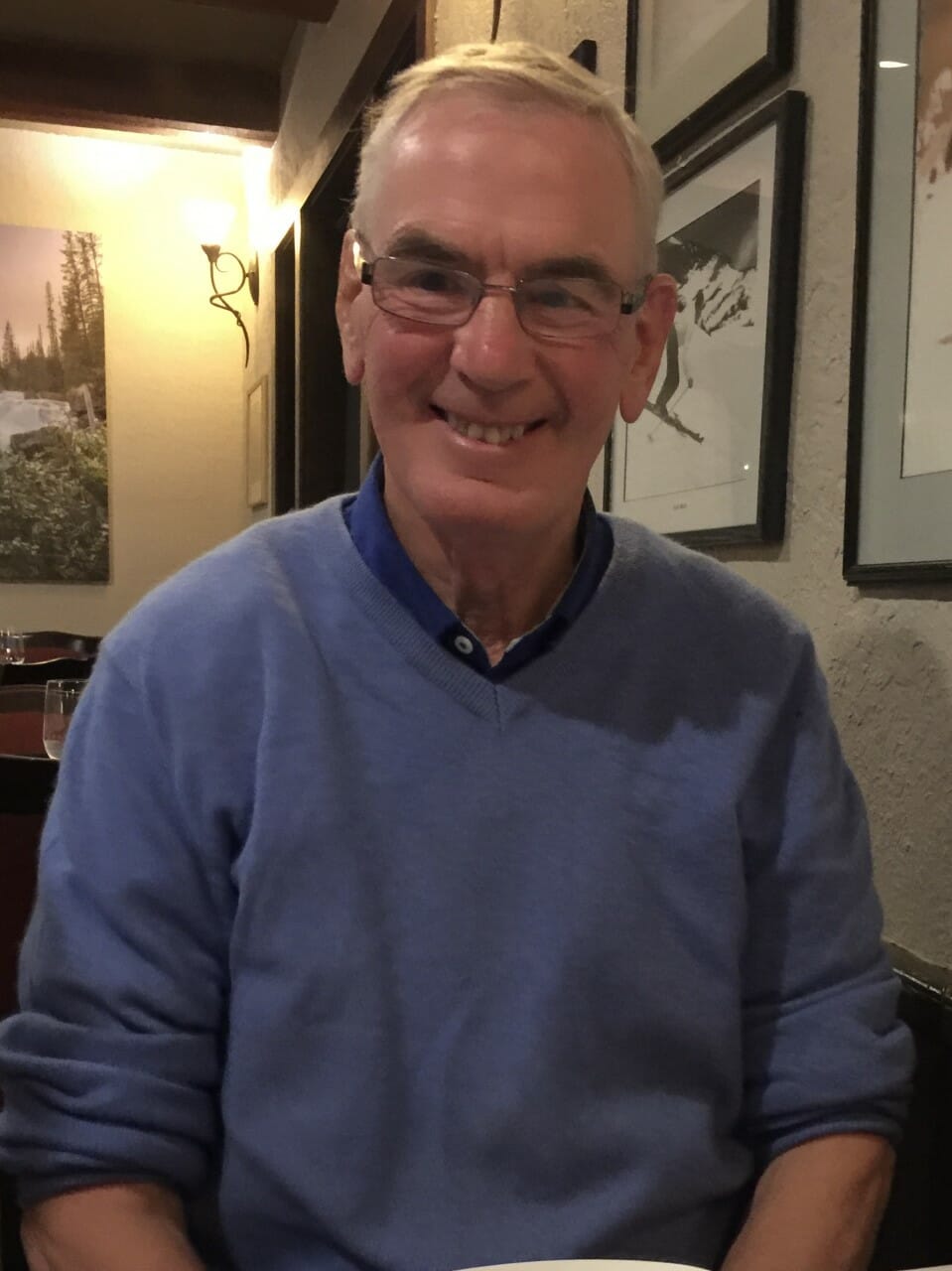 Sean Calnan established a successful multi-site food and catering business with his two brothers 48 years ago with a simple philosophy of providing exceptional service and premium quality products. Kept as a family partnership, this has now been taken on by the next generation through his son at Watlington.
Sean has had a long-standing and wide-ranging relationship with Rye, having been a member of the Parents’ Committee, the Governing Body, and also Chairing the Trustees Board of the School over time. Separately, his three daughters attended the School and two of them are now teachers in the Oxfordshire area.
Catholicism has always been a part of Sean’s life, and outside Rye he has volunteered to help with the preparation of Confirmation for young people at his local Kidlington Church.
In his spare time, Sean maintains an active lifestyle with keen interests in golf, walking, and skiing. As a past parent, he understands the true value of a Rye education and committed to ensuring that all the pupils remain “curious” and strive for excellence. 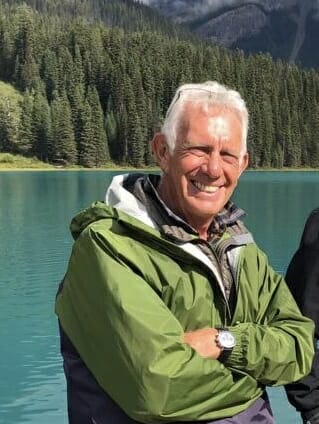 Dave worked in the Information and Communication Technology industry all of his working life until he retired in 2012. During his career, roles included line management, project, and programme management.
When his two daughters were at Rye, Dave became a member of the Parents’ Committee involved in organising and running school social events. When his daughters left for University Miss Jones, the Head at that time, asked if he would become a Governor and later a Trustee. Some 16 years later, he is still here helping the school community to flourish at Rye.
Before he retired, Dave played golf regularly for over 40 years but now less frequently as he spends more time in Devon with his wife. He has 5 young grandchildren who they also love to spend time with.
He is a firm believer that both in school or at work, happy staff and pupils will perform better in a supportive environment. His first daughter came to Rye as she was experiencing bullying at her school – it was the perfect place to help her regain her confidence in a nurturing environment. 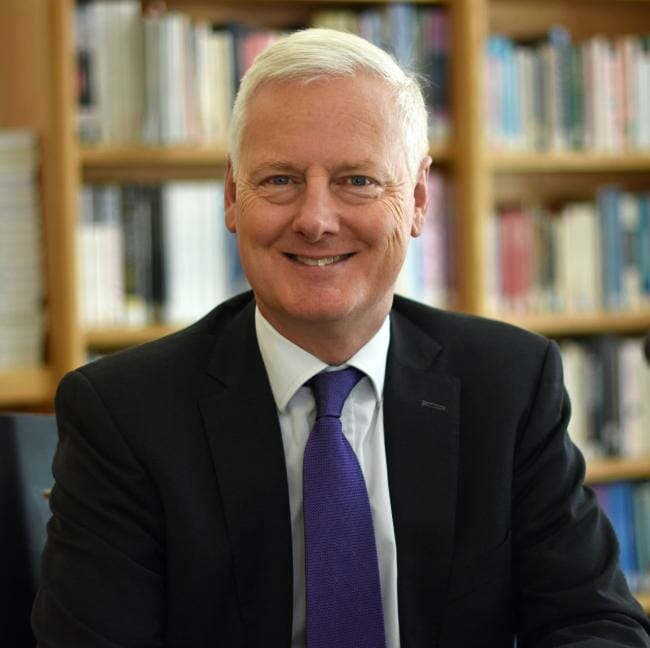 Andy has been the Principal of St Clare’s, Oxford since 2017. He has more than twenty years’ experience of leadership in independent education, including eleven years as Head of two other well-known schools: The Royal Grammar School, Worcester and King’s College, Madrid. He was Chairman of HMC (Headmasters and Headmistresses’ Conference) West Division in 2010-11, and a member of the HMC/GSA Universities Committee 2012-14. He is a Governor of Oxfordshire Hospital School and a Trustee of the Alliance Française, Oxford, as well as being an ISI Boarding Team Inspector. He is married with four children.

Andy read English at Brasenose College, Oxford and then did a Postgraduate Certificate in Education at King’s College, London. He also has a master’s degree in Victorian Studies from Birkbeck College, London. He began his teaching career in London (Mill Hill School and Haberdashers’ Aske’s) and became Head of English at Highgate School. After that, he became Deputy Head of The Royal Grammar School, Guildford before moving to Worcester in 2005. Andy has always had a strong impulse to get out of his comfort zone. As well as living and working in Madrid, he also taught in a small international school in Bangkok, Thailand for a year in the early 80’s and was a Fulbright Exchange Teacher at the Greenhill School, Dallas, Texas in 1990-91.

Andy became a Governor of Rye in 2017 and has a family connection in that three of his nieces are Rye girls. He really appreciates Rye’s human scale, good humour and sense of fun and the fact that all pupils are treated as individuals. Few places in Oxford can match the Rye grounds for tranquillity on a summer afternoon…. 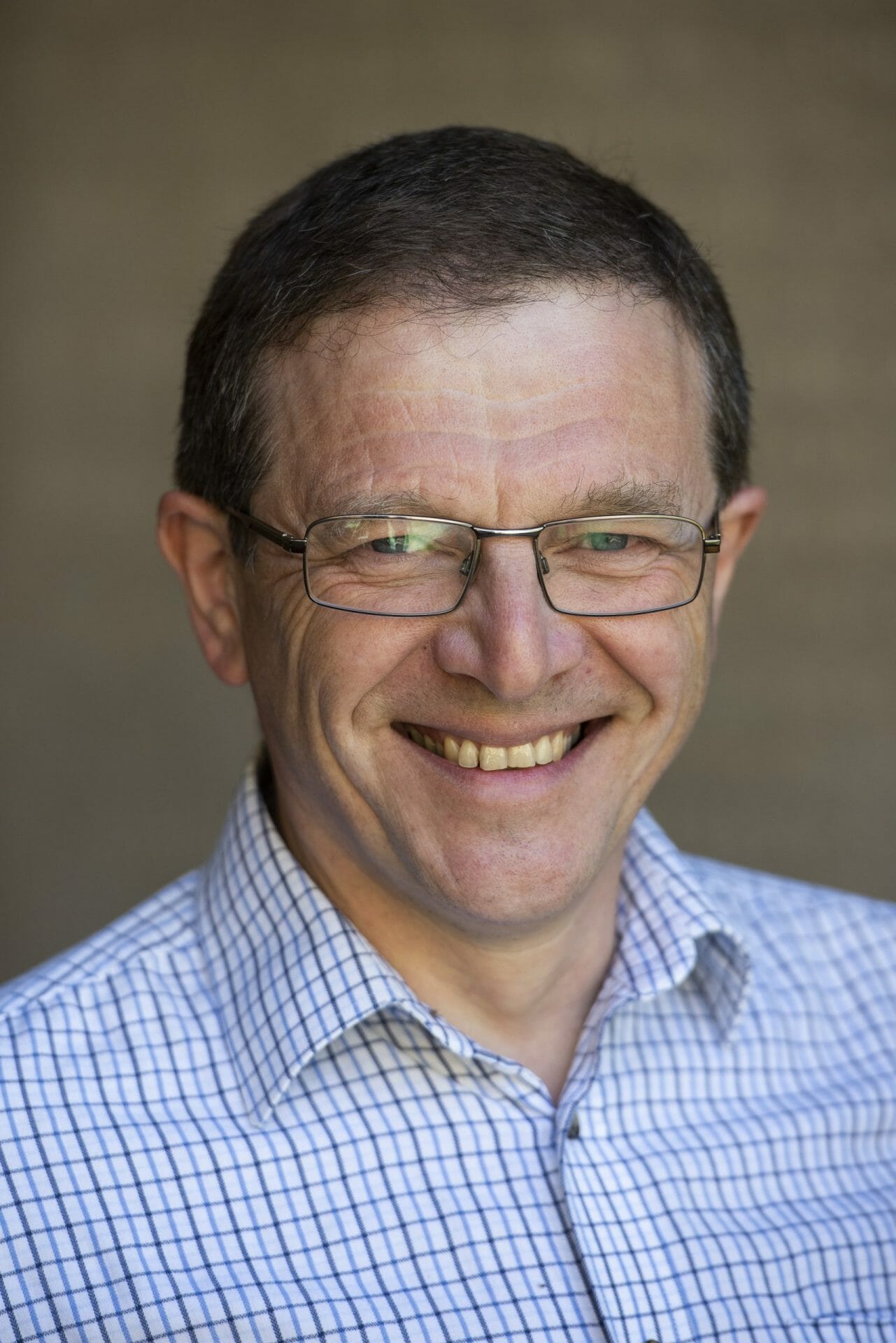 Tom Czepiel gained his DPhil in Music from the University of Oxford in 1991 and held several lectureships and tutorships at Oxford colleges, before becoming Professor of Music History and Analysis at the Royal Military School of Music in London in 1997.

In the same year Tom became a governor at Rye. He has been Chair of the Development Committee for over twenty years and is very proud to have been involved in the planning and development of the school, in particular its Music and Drama block. He is now also one of the Governors responsible for Catholic life at Rye.

Tom was the organist and choirmaster at St Anthony of Padua Catholic Church in Headington for over 25 years. More recently he served on the Parish Pastoral Council becoming its first chairperson. He is also a trustee of the Corps of Army Music Trust and the Museum of Army Music in London.

In his spare time Tom composes music for the Catholic liturgy, and loves walking and skiing.

We are delighted to welcome visitors back to Rye from Monday 8 March.

Please do come for a socially distanced tour, visit our beautiful grounds and excellent facilities. Where possible, visits will be conducted out of school hours.

If a visit in person is not possible, we would still be pleased to meet you virtually.