We are so impressed with Olivia’s short story about reaching for equality that we wanted to share with the wider community. Olivia is in Year 5, and shared her story with Ms Northcote this week.

Jess Hardbreak had dreamed of climbing a mountain her whole life. Now, after twenty-two years of dreaming the seemingly impossible had finally come true. She, along with some other mountain climbers, were going to scale all the mountains in the Great Asian Circle. All thirteen of them. Just climbing a single mountain in the circle would be the most draining experience in her life, both physically, and mentally. Jess didn’t care. She was a strong, capable woman with a fierce gleam in her eyes. Nothing, nothing would stop her. Even sexism.

A few years ago, on her last day at Ashbridge College, Jess had been called into the headmaster’s office. Jess couldn’t stand the awful man. He was small and stout, with a great bushy walrus mustache, that always reminded Jess of the bristles of the toilet scrubber in the janitor’s closet. The man had tiny spectacles perched on the tip of his nose, and always wore a top hat to make him look taller. He always wore a fine silk tie and had a grand plaid yellowy-green suit on his little round body. He had elegant tiny patent leather shoes with gleaming silver buckles. Jess, however, was tall and slim, with great muscular arms from endless mountain climbing training sessions. Her long light brown hair was always tied up in a messy bun, but Jess was always told her eyes were her best feature. They were large, and dark emerald green. They were beautiful and mesmerizing, as if the wonderful dark green stone was carved just to make her eyes. Today, those stunning eyes would be doing its fair share of glaring.

Dr. Budwick, (which was the name of the loathsome headmaster) had called Jess into his office at the end of the day, upon hearing she had been accepted at Redpull University. When his secretary told him the astonishing news, Budwick could not believe it. Though living in the twenty-first century, the ancient man never retired his old-fashioned ways, not even the cruel ones. Especially not the cruel ones.  Anyway, Jess entered the office wearily, not sure what Budwick would do.

“Sit,” the little man ordered, adjusting the height on his chair, failing immensely to make himself look taller.

“Now, Miss Hardbreak, I…uh… I have some truly incredible news. Unheard of, in my noble opinion, yes. Pleasing? Not at all. You are…. ah…. scheduled to go to Redpull University next term.”

Before he could see Jess’s reaction, Dr. Budwick, with great effort, tried to spin the chair around, but his stubby little legs like fat pink sausages did not reach the floor. He, greatly embarrassed about looking so undignified, swung his tiny legs around, only moving a bit more than an inch on each swing. When he finally managed to rotate all the way around, he had already seen Jess’s astonished expression. This greatly angered him.

“May I see the acceptance letter sir?” Asked Jess quietly.

“MISS HARDBREAK! Do not speak without being spoken to!!! Oh fine! You can see the wretched scholarship!” Budwick shouted. “Miss Evans! Get the girl the acceptance letter! And make it snappy!”

A few minutes later, a woman with a mop of dark curly hair and little round glasses ran in. She was either in her late forties or early fifties. She was pleasantly plump, and she gave Jess a big smile and a little childish eyeroll. Jess giggled from behind her hand. Miss Evans put the acceptance letter on the desk in front of Jess and promptly left the room. “What are you waiting for you little pest! You made me get my secretary to get it for you! The least you can do is read it!” Budwick said, his back still turned. “Yes sir.”  Said Jess, taking the acceptance letter in her hand and starting to read it. It said:

It is our great pleasure and happiness to invite you to become a pupil at Redpull. It is a fine school, and we would be delighted for you to be part of our large community. In the 2001 rating, Redpull was 3rd best school in the country. We offer many courses, including literature, physics, astronomy, geography, and sports, even ones like boxing, archery, and mountain climbing. It would be wonderful to have you as a student here.

I do hope you come join our community on September 1st. Have an excellent summer!

As soon as Jess lifted her eyes from the paper, she found herself staring into the twisted face of Dr. Budwick.

“Now that you have read that blasted scholarship, I have something else to tell you. But before I do, I was wondering what you think of the school.” His voice hissed like a python in a bad mood.

“Oh, shame you won’t be attending. I am going to send a letter declining the application letter as your loving and caring headmaster later today.”

“Oh yes I can! Jess, look, you little lass. You are a woman, and women are not half as smart as men. Maybe choose a school that is a little bit less…. hard on your brain. I suggest Teapot Academy for Well-Mannered Girls. It is very suitable for any woman.” Jess was fuming, glaring at him with her big emerald eyes.

Several years later, Jess stood at the bottom of her first obstacle: Mount Apollo. High above her, snowy mountains stood tall and proud. Misty fog circled their frosty tips. Mount Apollo was the smallest of its thirteen siblings, but no less intimidating.

A soft whistling wind carried flakes of fluffy snow across the grey sky, and the cold flushed all her teammate’s cheeks. Kitty Southjacket, the sweetest and only other female of the group, came over to Jess and put a hand on her shoulder.

Jess’s nerves all twisted together, forming a large knot in her stomach. Jake started climbing first. Then Oliver. Then Alex. Then Blake. Adrian followed. Colin went next. Phillip anxiously started to climb, followed by a cheerful Kitty. Jess was last. She climbed slowly, the knot in her stomach growing by the minute. Her chisel dug into the rock like a knife into soft cheese. Her large auburn colored coat kept her toasty warm as she started to climb higher and higher. Her emerald eyes began to fill with tears. She was finally doing it. She was achieving her dream that everyone else believed to be impossible.

Eventually, night’s blanket covered the sky, and the group decided to set up camp and have some rest until dawn. Jess lay down gratefully on a sleeping bag. She was absolutely exhausted and knew that she would be just as tired the next day. But she was happy.

Jess awoke early and got all her layers on again. A few minutes later, everyone else got up as well.

“Let’s stick together as best we can. Everyone got their gear? Sweet. We need to get going ASAP. Got it? Cool. We are going to scale Mount Apollo. Have faith.” And with that, the group started to climb.

At the end of the day, Jess had blisters all over her hands, but she was happy. She had climbed two-thirds of Mount Apollo. By the end of the next day, they should have reached the top of the mountain.  Over at the other side of the tent, Jake was tending to Kitty’s blisters. She winced as Jake scrubbed the blisters with an ointment. Jess knew how the ointment stung. It really hurt. Jake saw Kitty’s face.

“Oh, don’t be so girly. Only women would complain about a little sting.”

Kitty turned bright red with anger and said to Jake: “You imbecile! How could you say that! Do you know how much that stings! And I wasn’t complaining, I was only wincing! And anyway, why do YOU get to tell everyone what to do? I’m pretty sure it was Alex that was supposed to be captain of this climb.” Alex nodded.

“Yes, Jake said if I didn’t give him my position, he wouldn’t let me take part in the climb.” Now it was Jake’s turn to go red in the face. “I…. I’m gonna go to bed. I’m done with this foolishness.” Jake said furiously.

The next morning wasn’t much different, except that Jake ignored Kitty, and that Kitty stuck her tongue out at Jake every time he passed her in the tent. Once they started climbing, they each avoided each other as much as possible.

But as soon as Jess started to climb, she lost all track of what was going on in between Kitty and Jake. Her mind was absorbed in an image of Jess standing at the top of Mount Apollo, pushing a United Kingdom flag into the snow. And a few hours later, that image really existed. Jess and Kitty became the first women to climb Mount Apollo.  Jess’s dream had finally come true. And nothing stopped her. Even sexism. 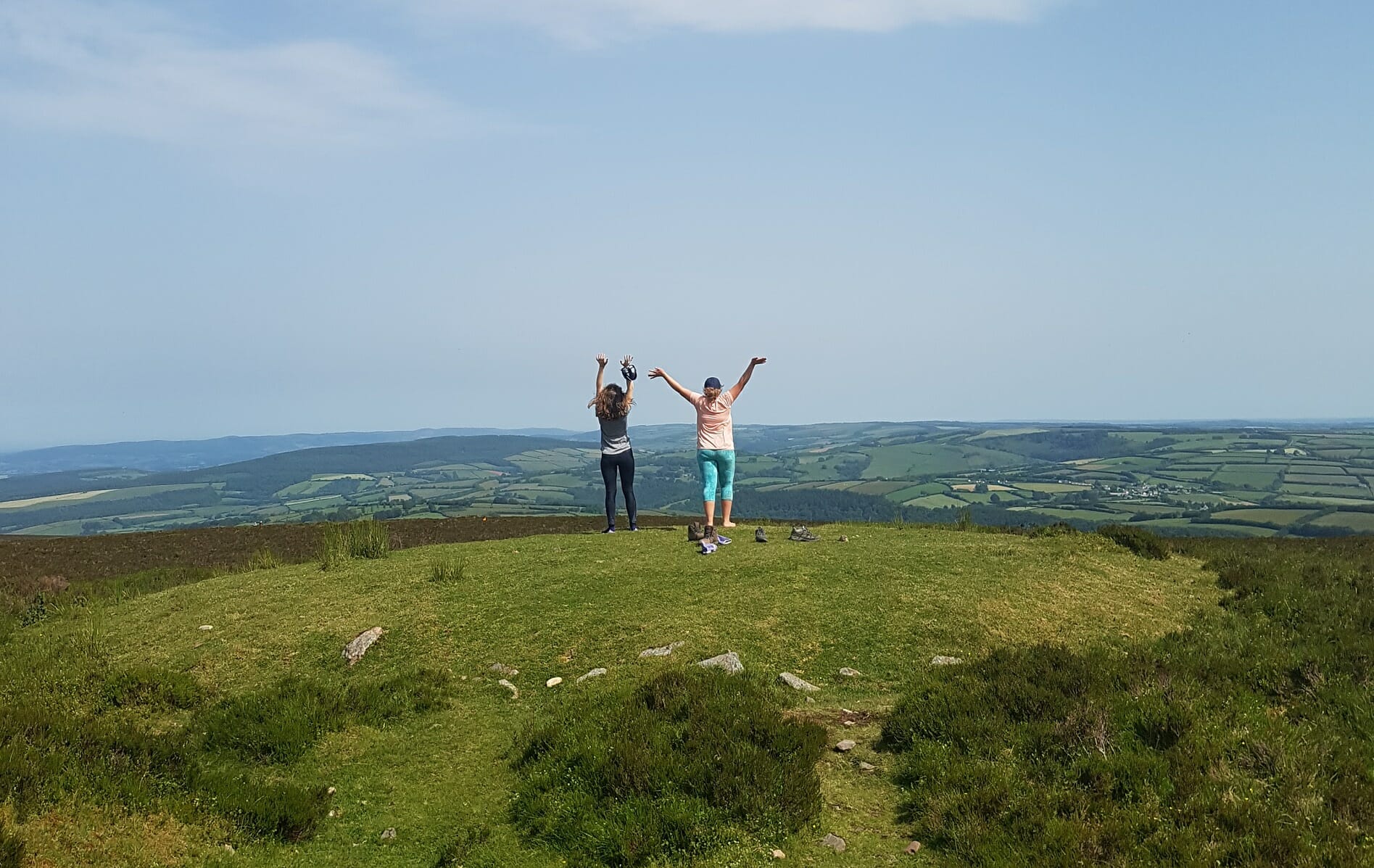 Our Open Morning will give you the opportunity to tour the school site and see our excellent facilities.

We look forward to meeting you.